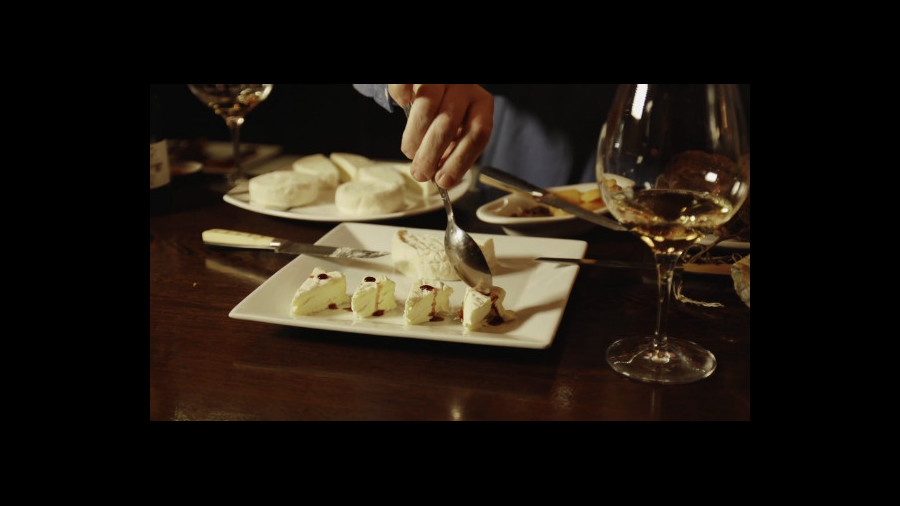 Food and wine in Auvergne-Rhône-Alpes

From the earth to the stars... Fields, orchards, vineyards… Auvergne-Rhône-Alpes is a region of outstanding food diversity carefully managed by almost 40,000 farms. An explosion of flavours sure to satisfy sophisticated gourmets and die-hard gastronomes alike. Abundant fruit orchards, flavoursome vegetables, chestnuts from Ardèche, walnuts from Grenoble: all contribute to the reputation of this land of plenty committed to responsible farming methods. Indeed, Auvergne-Rhône-Alpes has become a remarkable testing ground for organic farming. The region's livestock industry is also thriving. From the high mountain pastures to the Forez lowlands, the cattle and goat herds of Auvergne-Rhône-Alpes provide high-quality meat and a generous supply of milk, the creamy raw material that goes into making the region's fifteen or so AOP cheeses. Other protected designation of origin produce includes Bresse chickens, Nyons olives and most of the crus grown in the region's vineyards from grapes such as gamay, syrah and grenache. Indeed, the region's wines have an international reputation, spearheaded by Beaujolais and Côtes du Rhône. All this produce of excellence, grown just a stone's throw from the region's top restaurants, helps maintain Auvergne-Rhône-Alpes' reputation for superior gastronomy. Michel Troisgros, Régis and Jacques Marcon, Emmanuel Renaut, Anne-Sophie Pic, Georges Blanc and of course Paul Bocuse are all Michelin-starred ambassadors of the region's culinary art, fêted by gourmets the world over for centuries.